You are here: Home1 / CCC Updates 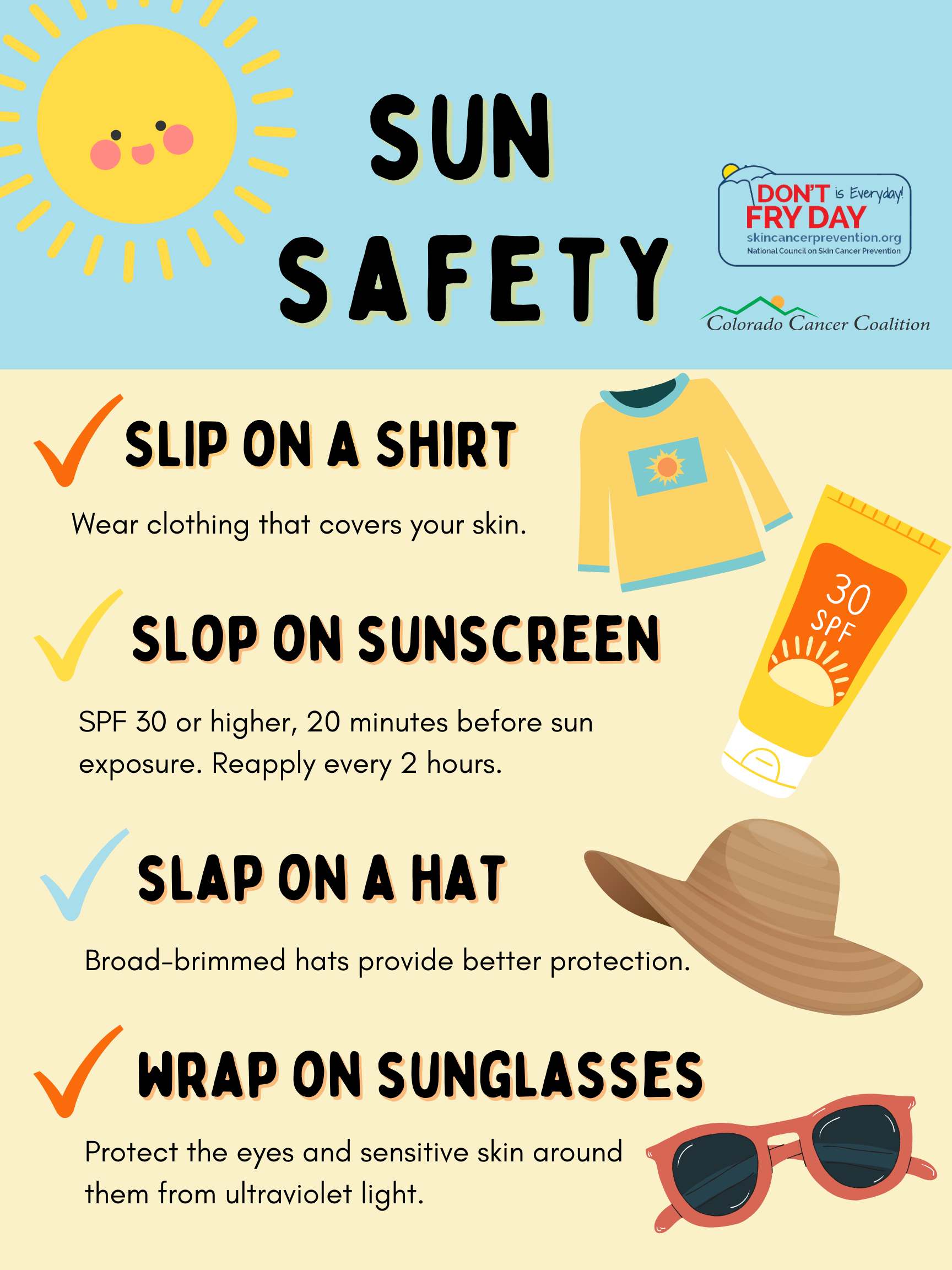 Disclaimer: These events are for informational or educational purposes only, and does not substitute for professional medical advice or consultations with healthcare professionals.

We will come together at the Colorado State Capitol in Denver in the West Foyer on March 2, at 12pm to acknowledge recent legislative victories and push for more support and funding.

RSVP for the in person press conference: https://forms.gle/NEdVQ1w4UX3RTosf9 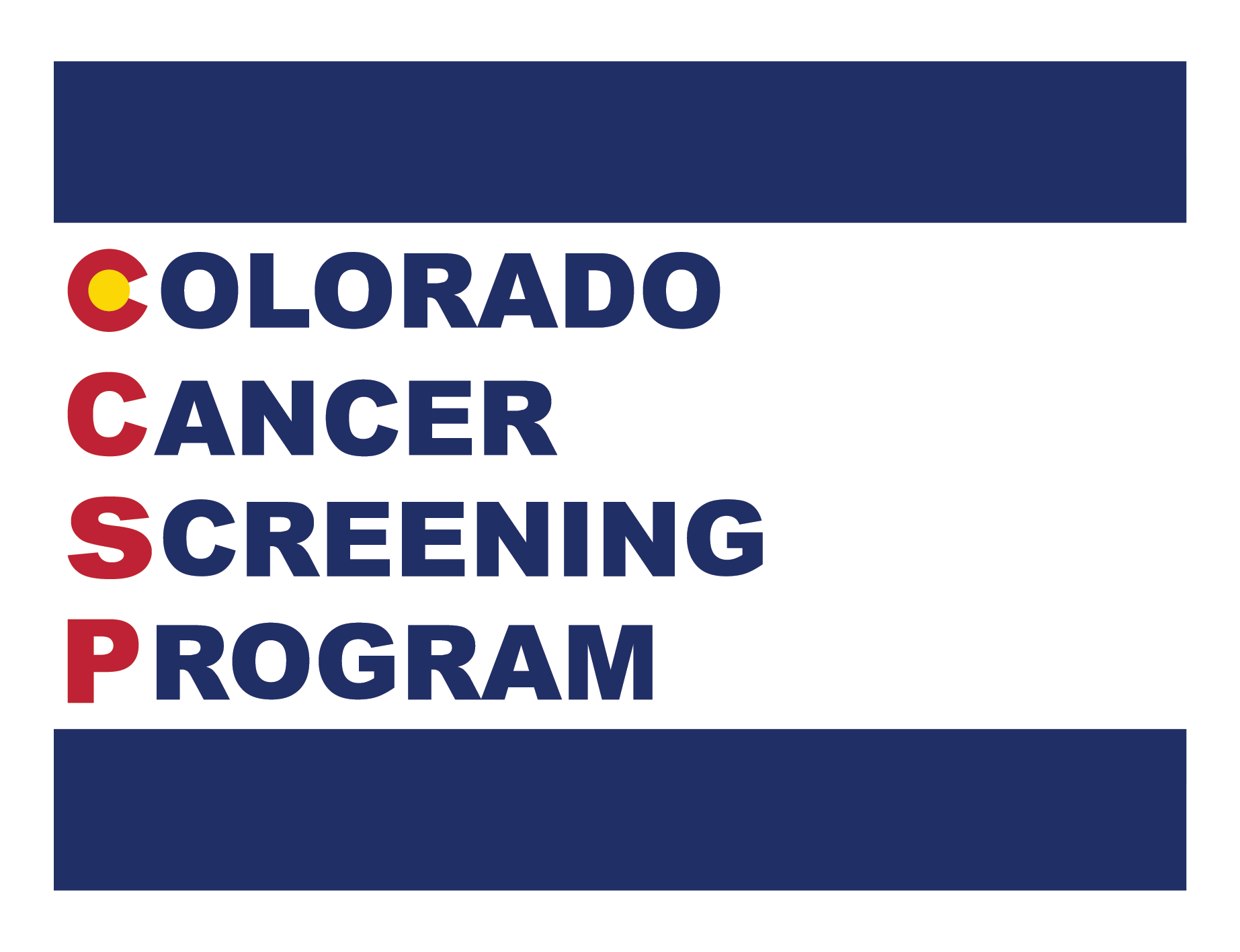 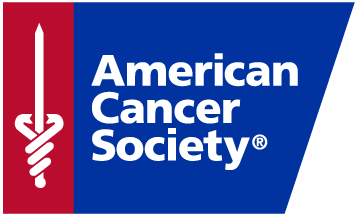 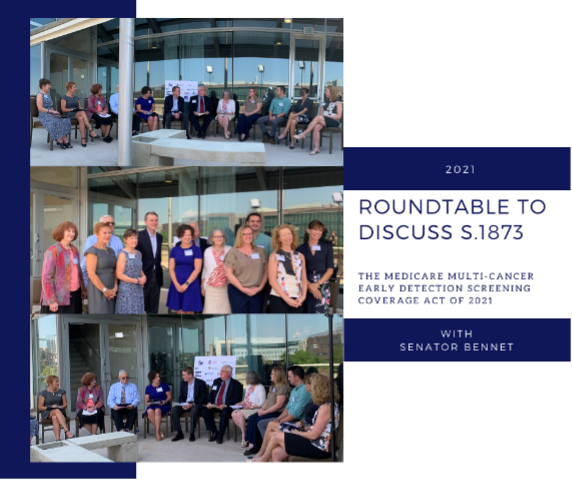 The bipartisan legislation that Bennet and U.S. Senator Mike Crapo (R-Idaho) reintroduced in May would provide Medicare coverage for multi-cancer screening tests to save lives and costs to the health care system. It would ensure Medicare beneficiaries have coverage for innovative tests that can detect multiple types of cancer before symptoms develop.

“Cancer is the second leading cause of death in the United States. I know from personal experience that early detection can make all the difference,” said Bennet. “This legislation will ensure that Medicare beneficiaries have access to the latest diagnostic technologies, which have enormous potential to save lives and costs to our health care system.”

“Screening for multiple cancers at one time could help detect more cancers at an early stage when they are more responsive to treatment. This is particularly important in addressing health disparities,” said RJ Ours, government relations director (CO & WY), American Cancer Society Cancer Action Network (ACS CAN). “We strongly support Senator Bennet’s legislation and are working tirelessly to see that it passes the Congress this year.”

“Multi cancer early detection is a promising advance in the War on Cancer by opening the door to new tests for dozens of cancers,” said Andi Dwyer, Director of the Colorado Cancer Screening Program at the University of Colorado Cancer Center. “Senator Bennet, a cancer survivor himself, knows firsthand the life-saving benefits of early cancer screenings. His strong leadership offers a bright ray of hope for older Americans to have cancer detected at the earliest stages when treatments can be easier and far less costly.”

“Senator Bennet has earned the thanks of Colorado’s cancer community for his sponsorship of legislation to have Multi Cancer Early Detection tests covered by Medicare,” said Christi Cahill, executive director of the Colorado Cancer Coalition. “We know the vast difference that early detection of cancer makes in the lives of patients, and we look forward to working with the Senator and his team to ensure that this legislation becomes law in 2021.”

“As a survivor of multiple cancers, I’m proud to support Senator Bennet’s efforts to provide affordable access to multi-cancer early detection because these tests could be the biggest step forward in decades for cancer patients here in Colorado and across the country,” said Tommy Stewart, co-facilitator of the Denver Thyroid Cancer Support Group. “Early detection is a gamechanger because if cancer is detected early, the five-year survival rate is nearly 90 percent. If cancer has already spread by the time it is diagnosed, that survival rate plummets to just 21 percent.”

Congress has previously acted to provide Medicare coverage for other cancer screenings, including mammography and colorectal screenings. Under current law, Medicare only covers preventive services Congress has explicitly authorized, or the U.S. Preventive Services Task Force has recommended. The Multi-Cancer Early Detection Screening Coverage Act would:

Without this legislation, it could take a decade after FDA approval for Medicare to cover new early detection technologies for cancer. To ensure timely, consistent coverage of screening items and services, the Multi-Cancer Early Detection Screening Coverage Act would establish a defined benefit category and reduce such delays, ensuring the best health care decisions are available to patients. These new detection technologies will complement existing screenings and dramatically improve the country’s early detection capabilities for cancer.

The bill text is available HERE. 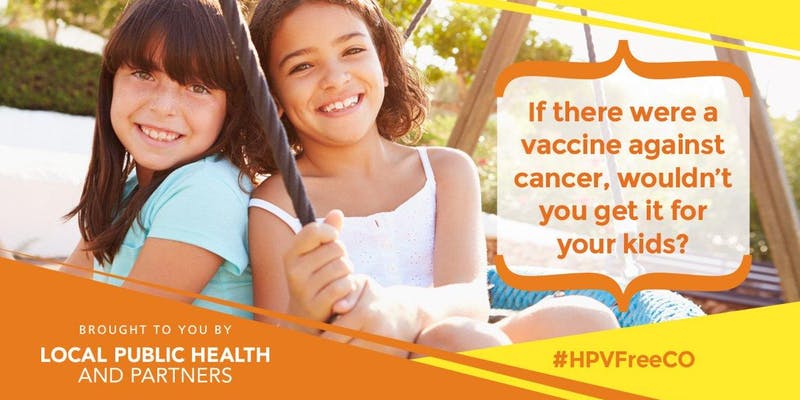 The Northeast Colorado Health Department was funded to work with the Alliance for HPV Free Colorado. The Alliance for HPV Free Colorado (Alliance) uses a multidisciplinary, socio-ecological approach to increase HPV vaccine series completion among 11-17 year olds in a 15 county region. During a previous grant, the Alliance tested campaign creative and messaging with mothers of 11-17 year olds in the Denver metro region; however these were not tested in rural/frontier and Spanish-speaking audiences. Through this proposal, the Alliance will work to increase reach of campaign materials to parents of 11-17 year olds in Spanish-speaking and rural/frontier communities and test the effectiveness of our webpage in meeting the information needs of parents in our regions. In order to best serve our communities, we need to understand the most effective strategies for messaging and messaging channels for the diverse communities the Alliance covers. Rural/frontier communities have comparatively low HPV vaccination rates that in time will lead to disparate cancer rates and Latinas are at greater risk for being diagnosed with cervical cancer. With this project, the Alliance aims to address these health inequities in the region.

The Alliance for HPV Free Colorado is looking for parents of children and adolescents, in addition to community members who have experience with HPV-related cancer, to join a newly-launched community advocacy group—The HPV Free COmmunity—and speak up for the cancer-preventing power of the HPV vaccine! This group is part of efforts by the Alliance for HPV Free Colorado, a 15-county collaborative between local public health partners, to improve HPV vaccination rates in our state and protect communities from HPV-associated cancer. Depending upon each individual advocate’s preferences, advocacy opportunities could include sharing a personal story, writing a blog post, submitting a letter to the editor to a local newspaper, attending a community event, sharing social media messages, or simply talking to friends and neighbors in your local community. If you are interested in joining this important group, please fill out the Involvement Form.

The intention for the groups is that they will form and dissolve as needed and will align with broader efforts across the Coalition and task forces vs. working on one specific cancer type. While there will certainly still be some work done on specific cancer types, we want to use these work groups as a place to create a stronger, united voice with consistent messaging, strong calls to action and less duplication of effort.

P.P.S. The other Task Forces are still meeting and will continue to do so. If you haven’t joined one yet, you can read all about them here: https://www.coloradocancercoalition.org/task-forces/