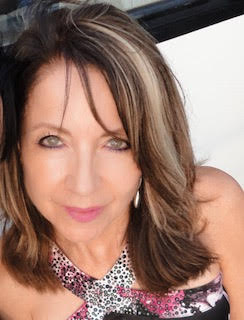 Nine years ago, in June of 2008, at age 49, I did go for my yearly mammogram. The results stated that they saw an area of concern, that they believed it was benign and that I should screen in another six month. Right away I got concerned and contacted my PCP, she said not to worry and to “keep an eye on it”. That of course heightened my awareness and three month later I discovered a lump on my left breast. I was referred to a specialist who performed a biopsy. A few days later the surgeon called me and confirmed over a 2 minute conversation that I indeed had invasive breast cancer. Wow, I was stunned….. so many questions, fears of the unknown creeped into my mind. My greatest challenge was telling my two daughters.

After a bilateral mastectomy and further testing I learned that my cancer had not spread (stage 1) and that I didn’t need chemo or radiation. I was relieved to learn that I was going to be on Tamoxifen for 5 years, a synthetic drug to prevent recurrence and not havie to do any other treatments. I went through reconstruction and received two “new girls” which made me feel even younger!

The most important thing traveling down this bumpy road is definitely a positive attitude and lots of support from your family. Things do happen in life but how one reacts to it will make the difference!

I was eager to find a way to help others that have to travel down this road. I found this in volunteering for the American Cancer Society supporting patients and giving them hope through their journey. It’s an awesome feeling to be of service to others and making them feel better since we’re all ‘one’ – from the same universe.

It’s so crucial for all of us to know our body, be aware of changes and go for mammograms. Early detection is definitely the key!

In a way I’m thankful for my experience because it made me appreciate life even more. I hope that one day we’ll find a cure.Regina from Colorado